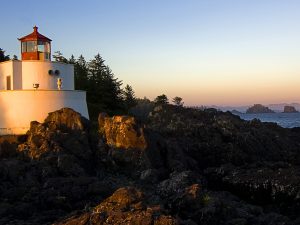 Today at the Brain Injury Association of Michigan’s State conference in Lansing, I was extremely inspired by many of the speakers. One in particular spoke to me in a way that really made me think about the word PLATEAU.  She called it a “Dirty Little Word.”  I couldn’t agree more.  It was all I could do to not put my index finger and thumb in my mouth and whistle the most obnoxious sound, stand on my chair, and cheer.

Without going into the neuroscience of the brain, it is a fact that our brain, when challenged to do or think, will work to do or think more efficiently. Think about a child first learning to read, that child has to work so hard on each letter, each sound, and on pronouncing the words while also trying to gather meaning from the sentence. When my daughter first started reading she could barely get through 3 pages of a beginner book before she told me, “I’m tired, I don’t want to read any more.” Why is this? Because her brain was tired. It was new learning and her brain hadn’t figured out how to make it easier for her. Over time, the more she did it she began to read better and more fluid. Her brain created shortcuts, strengthened the connections between the areas of the brain required for reading, and her brain even memorized words so that she didn’t even have to sound out all of the letters any more.

I am suspicious that my second child may have some form of a reading disorder, or if not, simply is having difficulty getting her brain to create these shortcuts or interpret what she sees phonetically. Even still, with strategies that will work on visual scanning, as well as strategies to help train her brain to read better, she too will over come this difficulty. If we don’t work on it, she may always have some difficulty because her brain hasn’t been required to get better at it. But if we DO work on strategies, her brain will have to work extra hard initially, she will tire, but in the end, her brain will figure out how to make the task easier requiring less energy.

If you know me as a therapist, you know that I do not believe there is a plateau that occurs after 1 yr, 3 years, or even 10 years.  Plateau doesn’t even occur when you stop working intently on a particular goal.  Even if you decide to take a break from a goal and work on another goal, chances are that the skills you are gaining by working on the other goal will improve your overall function in other areas as well.  For example, if a person works on cooking with their therapist for a period of time, and continues to require minimal cuing for safety, as well as following the steps to completion, then it might be a good idea to let that person continue to practice cooking with supervision for a period of time utilizing an aide or family member who could cue them.  Simply take a break from that therapeutic goal for a bit.

If that same person then decides that instead of cooking (because they need a break from working on this in therapy), maybe we should work on creating a budget, or paying bills online… still tasks that require problem solving, sequencing, and even safety (to not give your credit info to untrustworthy sources). Isn’t it quite possible and probable, that working on budgeting may actually be just what the brain needed to improve sequencing enough for the individual to improve in the task of cooking as well?

If the brain is challenged, active, laughing, singing, dancing, seeing, speaking, listening, learning and the body is moving, then the person is always getting better.  The speaker I heard today also stated that she will never be 100% until she dies.  I have to say that I will never be 100% until I die either.  I always want to be getting better at something, learning something new, laughing better, loving better, and living better every day.  Its OK to take a rest break, take a nap, or take a vacation, but it is NOT OK to give up on the human spirit or the human brain!

How is this any different than my babysitter who has been watching my kids and going to college for years.  One year ago her mother passed away from cancer and while she was able to finish out the semester (though it was difficult, and I’m certain her brain was not functioning at full capacity), after the semester from hell was over, she needed a break.  She needed a physical break, and emotional break, and a mental break from the rigors of her coursework.  Understandable.  Why is it then, that when clients have emotional stressors, physical stressors, and even simply the desire to rest their brain for a while then it is called a time of PLATEAU?

This is what occurred to me as I was driving home today.  Why is it OK for a professor to take a sabbatical, a mother to take FMLA leave from her job, and a singer/songwriter to take a 2 year break after going on tour, but our clients are required to take no breaks. They must keep improving every day via objective data and documentation, or else they are at risk of discharge from therapy due to Plateau.  Isn’t is also true, that often it is NOT the client that has “plateaued” (even though I don’t really believe that happens), it is actually the treating therapist that often has just simply used up all the tricks in his or her bag, and is actually simply too proud to refer out to another provider that might better challenge them.  It is a complete contradiction!  Why is it OK for me to take a vacation but it is not OK for my client?

I haven’t formulated this opinion that PLATEAU DOESN’T EXIST based on whimsical idealistic ideas, but on fact.  I have met more individuals with brain injury 3-10 years post injury who were told that this is as good as they are going to get by medical professionals.  They were told that insurance was going to stop paying for services because they had plateaued, or they were simply discharged because the therapist felt that they were out of tricks.  If you have a brain injury Don’t believe it!!!  I have treated people whose injury was10 years prior to our initial evaluation and they were barely getting by.  Within weeks, months, and years… they have completely transformed their life to the point where they went from sitting at home, to volunteering, driving, flying, shopping, and living with Joy in their hearts every day.  Why is it that it took some of my clients 10 years after their injury to actually make the gains necessary to begin enjoying life again?

Maybe it is because their brain was tired.  It just needed a break.  It was working so hard to just do the basic things again and after self care, conversation, and 3 meals a day, the brain was cooked.  It just couldn’t do another thing.  Maybe after a little rest (vacation) it was then able to try and take on new challenges again.  Maybe, just maybe, there are survivors out there that don’t yet know they have it in them to get back to work and make that brain go hard again.  Isn’t it quite possible that an individual with a brain injury has difficulty making decisions and second guesses themselves so often that they don’t even believe their own intuition that might be telling them to just try, because they are too scared, or they have too many voices in their head from the trained medical community telling them that they have plateaued and it is time for discharge from therapies.

I believe in the basic understanding that when one seeks to regain Joy in Life every day, then the human spirit is made better every day and so is the brain and all its’ functions.  Deep in my gut I have always known that everyone can get better always.  Deep in your gut do you believe you can get better too? I would love to hear your stories of success when others have told you,  “this is as good as it gets.”

Keep up the FIGHT always! Take a brain vacation when needed, then get back out there, and start your journey again!  Your strength inspires me more than you could ever know! Keep the Hope and don’t use that dirty little word!